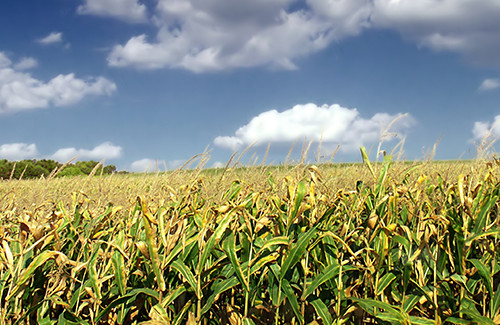 Ever wonder why some crops only grow in certain areas of the country? Have any advances in technology made it possible for these growing regions to expand? We asked experts Wayne Parrot, PhD, Crop and Soil Scientist at the University of Georgia, and Stephen Baenziger, PhD, Agronomy and Horticulture Professor at the University of Nebraska-Lincoln, for some thoughts on how technology has helped agriculture production.

Have there been any advances in food/crop technologies that could make new crops available to be grown in different regions?

Farmers, scientists and agricultural companies are always looking for new traits. When you look at corn, technologies allow it to be more tolerant of freezes and farmers have tillage practices now that allow it to be grown in different areas. You take advantage of everything given to you, plant corn earlier and now it can recover from frost. Genetics can change the growing season, too. Some of that is by cultural practices and a lot of the advances are from biotechnology.

Extremes always limit crop growth – too wet, too dry, too hot, too cold, as well as soil that is too acidic or too salty. Thus, tolerance to all these conditions is important. Already, there are corn hybrids that can still grow under dry conditions. The eucalyptus tree is one of the best sources of pulpwood for paper, but it’s a tropical tree that would not normally survive in the U.S. But a eucalyptus modified to survive in cold weather is being tested in the U.S. As such, it’s a great example of the type of crop we could see at some future date.

Have any advances in technology – food or crops, preservation or transportation – helped get food from one region to another?

Refrigeration and other technologies that keep fruit from ripening have made it possible to grow crops in the places that have the best growing conditions for them and ship them to consumers at very low cost. This has been accompanied by the development of varieties that can hold up to shipping. However, the old adage that it’s hard to get somethiing for nothing comes to bear here. Modern fruits and vegetables survive shipping, but at the expense of taste. The choice boils down to having great taste a few weeks of the year, or OK taste year ’round. With time, it will be possible to develop new varieties that ship well and preserve their taste.

The biggest thing on that is that we have our technologies and supply chain very refined now. The food that the King of England ate long ago was not that different from the food we may have on our table, but the spoilage factor would have been extreme. That’s a huge difference. How much less food is wasted to get to us is extraordinary. Also, the technology to find and detect pathogens makes our food so much safer than it was in the past, and that’s all due to technology.

Do these improvements in technology affect food safety?

Our food has never been safer. If we do have problems, we can find them and resolve them more quickly.

There are two technologies here. The ones used to improve plants and the ones used to produce and distribute food. Humans have developed hundreds of thousands of new varieties, with no more than a handful of issues, which makes plant variety development one of the safest technologies in history. Production and distribution technology have also contributed to keeping food safe for consumption. So in general, modern technology either has no effect or improves food safety.

What will the future look like regarding crops and growing areas? Any shifts or trends?

It will continue to be market driven. Right now, they’re bringing out drought-tolerant corn. There has been a massive investment in corn, so naturally those crops will continue to expand. There is more private investment coming into wheat, so that’s probably good for wheat. Growers have to respond to the market and if they can get a better return per acre by growing a crop that’s heavily resourced over one that is not, the only way the secondary crop can compete is if the market pays a premium. As we become wealthier, you will see more diversity, but at the same time you will be paying for that diversity.

Ideally, food production technology needs to mazimize yields per area, while it minimizes the inputs and the environmental footprint of doing so. If past trends are any indication, we are on a good trend. Food production in the U.S. increased 50 percent in the past 30 years, while using slightly less land. However, future improvements cannot be taken for granted. What the future will look like depends on how much innovation is permitted. Globally, the legal and regulatory restrictions on agricultural innovation are at an all-time high and research investment is at a low period.

Have any other technologies helped improve foods?

Technology has improved some foods by removing the anti-quality factors. Canola is a great example – the erucic acid, which has been linked with heart issues and other problems in animals, was removed. We’re making things that were industrial crops into human crops. That’s good for diversity in growing and for consumers who would like to buy their food locally. Agriculture has a long history of developing things to fit market need.

Has technology affected the environmental footprint of crops?

Economies of scale come into play when food is produced in the best area for it. Most people would be surprised to see how the agricultural environmental footprint is minimized when that is done – even if the food is then shipped long distance. When food is grown locally, people tend to forget that the inputs (seeds, fertilizer, protectants, and even water in some cases) for that crop are still shipped in from elsewhere!

Ultimately though, what genetic and agronomic technologies have in common is that they contribute to sustainability by increasing the yields that can be obtained in any given amount of land, while at the same time not using more inputs such as water, fertilizer, and other agricultural chemicals.