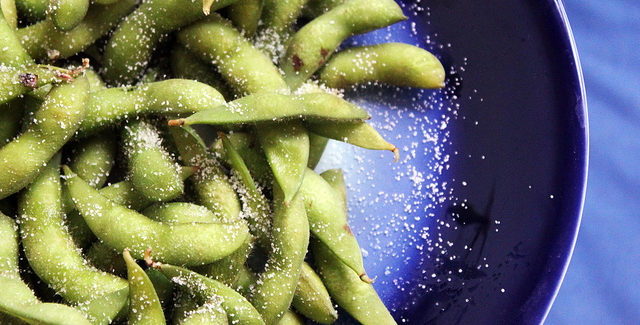 April is National Soyfoods Month, so this month we’ll explore different types of soyfoods and ways to incorporate soyfoods into your diet.

Soyfoods are growing in popularity. According to the Soyfoods Association of North America, the U.S. retail soyfoods industry totaled $4.5 billion in 2013 — that’s up from $1 billion in 1996. Soyfoods leading the charge include food bars, tofu and edamame. The 2014 Consumer Attitudes About Nutrition, Health and Soyfoods report shows that 31 percent of Americans consume soyfoods and soy beverages at least once a week, up from 24 percent in 2010. And the number of people who say they never consume soy products is down — 26 percent in 2014 versus 35 percent in 2010. The survey also found that 45 percent of consumers actively seek out products that contain soy.

Soy — it’s quite a versatile bean! Some popular soyfoods include:

Join us this month as we savor the possibilities of soyfoods!

The image “Ediblemame” by Quinn Dombrowski is licensed under CC BY-SA 2.0.