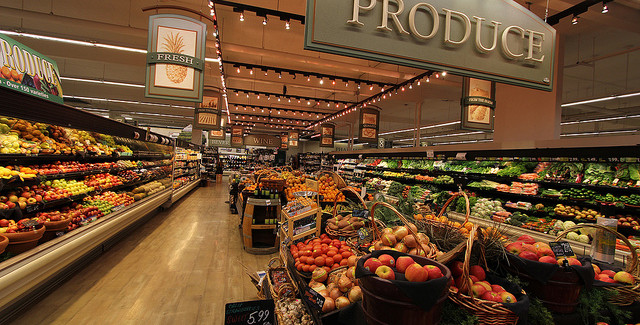 True or Not: Organic food is better for your health than non-organic food.

For the average American consumer, the term “organic” has a positive connotation and the beneficial properties of organic foods may be misinterpreted or exaggerated. Surveys indicate many proponents of organic food production look beyond the final product to consider factors such as environmental impacts, worker safety, and economic considerations which are not related to organic production standards. U.S. consumers frequently have the choice between purchasing organic and conventional foods and make food purchasing decisions that reflect their values, concerns, and lifestyles.

For optimal health, consumers should continue to eat a balanced diet regardless of whether the food is produced by organic or by conventional practices.

Organic foods are clearly different than conventional foods but such differences, when viewed comprehensively, do not support the conclusion that organic foods are healthier.

Consumer risks from pesticide residues in foods are most directly related to the amounts of pesticides on foods rather than the presence or absence of pesticide residues. Using our best available data, typical consumer exposures to pesticides in the diet are at levels of 10,000 to 100,000 times lower than levels that have been fed to laboratory animals on a daily basis throughout the animals’ lifetimes that have shown no effects in the animals. Thus, the present risks posed from pesticide residues in the diet are considered by most health professionals to be negligible and further reduction in pesticide residue exposure through increased consumption of organic foods is unlikely to result in any additional health benefit for consumers.

While organic foods may contain higher levels of plant polyphenolic compounds, the health benefits of the increased amounts of these potential antioxidants have yet to be established. Comprehensive studies are required to demonstrate the mechanisms by which these chemicals may improve health and the amounts of these chemicals required to result in health benefits. Until such research is conducted, it is premature to conclude that the increased levels of plant polyphenolics in organic foods make the foods more nutritious than conventional foods.

Ironically, the same factors that may be responsible for the increases in plant polyphenolics from organic fruits and vegetables (slower plant growth using more complex biochemical pathways and plant defense) also put organic foods at greater potential risk with respect to naturally-occurring toxins. Hundreds of naturally-occurring toxins have been identified and several have received regulatory scrutiny due to their documented short-term and long-term toxicological effects in laboratory animals and in humans. It is logical to conclude that naturally-occurring toxin levels in organic foods may be higher than those from conventional foods since organic plants grow slower in the absence of synthetic fertilizers and may be subject to greater stresses in cases where insects and plant pathogens are more difficult to control without the use of synthetic insecticides and fungicides. As is the case with the potential health benefits of increased levels of polyphenolic chemicals, further research is necessary to establish the increased risk levels, if any, that are posed from the presence of increased levels of naturally-occurring toxins in organic foods.

Differences in organic and conventional fertilization practices may also result in differences in microbiological safety risks between the two production practices. In the U.S. annually, it is estimated that 76 million cases of foodborne illnesses occur annually due to the presence of pathogenic bacteria, fungi, and viruses in foods. One potential source of bacterial pathogens is animal manure; while both conventional and organic agricultural practices utilize animal manure as a fertilizer, the practice is more widespread in organic production due to the prohibition of synthetic fertilizers. In cases where the animal manure is not composted properly, the use of the manure as a fertilizer could present a microbiological food safety risk in the event that bacterial pathogens from the manure ultimately contaminate the food crop being grown. While U.S. organic standards require than animal manures be composted according to specific procedures or applied more than 90 days before harvest, some studies have indicated that bacterial contamination rates for fruits and vegetables may be higher in organic produce than in conventional produce.

In summary, while it is clear that organic and conventional foods differ with respect to pesticide residues, plant polyphenolics, naturally-occurring toxins, and microbiological contaminants, it seems premature to conclude that either food production system is superior to the other in terms of healthiness. It should also be pointed out that many proponents of organic food production practices look beyond the final food product to consider factors such as environmental impacts, worker safety, and economic considerations. Fortunately, consumers in the U.S. frequently have the choice between purchasing organic and conventional foods and make food purchasing decisions that reflect their values, concerns, and lifestyles. For optimal health, consumers should continue to eat a balanced diet that includes significant amounts of fruits, vegetables, and grains, regardless if such foods are produced by organic or by conventional practices.

Depending on the specific property of a given organic food, this may or may not be considered as health promoting.

The demand for organic foods has grown very rapidly in the last 15 years. According to the Organic Trade Association the total sales of organic foods increased almost 5 times from $3.6 to $17.7 billion from 1997 to 2006 (4). This market expansion is largely driven by the strong consumer interest for eating foods produced with the minimum amount of synthetic components, which are generally regarded as “natural”. Organic foods are the only category among “natural” products that a regulatory policy has been clearly defined, known as the Organic Rule, and in the U. S. they are regulated by a certification system overseen by the National Organic Program of the U. S. Department of Agriculture (3).

For the average American consumer, the term “organic” has a very positive connotation and very often the beneficial properties of organic foods are misinterpreted and even exaggerated. These consumer beliefs are frequently fueled by the popular press, and more recently by many Internet sites. A variety of consumer surveys have identified multiple reasons why the public buys organic foods. The qualifiers that are frequently attributed to organic foods include: more healthful, better for the environment, more nutritious, more humane, more natural and fresher (7).

A study conducted in 2001 by Roper Starch Worldwide, Inc. reported that 63% of Americans considered organic foods as “more healthful” than their conventional counterparts (5). A more recent survey in 2004 directed by Whole Foods Market, Inc. found that at least 54% of organic foods buyers purchased these products because they “are better for their health” (6). The term “healthful” is a relatively broad and ambiguous concept and its use by consumers may be founded on a variety of motives. The most frequent reason why organic foods are referred as healthful is because of the reduced use of synthetic ingredients for their production and processing. Organic foods are also regarded as better for health because of the belief that they are more nutritious and contain more health-promoting substances as a result of being produced under more natural conditions.

While the concept of healthful “implies a positive contribution to a healthy condition” (Merriam-Webster Dictionary) when it is used to foods it also intrinsically entail that their consumption will cause no harm to the individual’s health. Based on this argument, safety considerations should be incorporated in deciding if a food product is healthful or not. Most consumers that consider organic foods as healthful, however, very often overlook any safety considerations. Because of the limitations imposed by organic regulations, food safety experts have questioned whether these may increase the risk of food borne disease transmission.

The Organic Rule prohibits the use of any synthetic fertilizer for crop production and only allows natural minerals and wastes of plant and animal origin. Organic regulations describe more than five different categories of natural fertilizers, but because of availability and cost, animal manure is the most commonly used soil fertilizer for organic crops. It has long been recognized that manure is a vehicle for transmission of foodborne pathogens since these organisms are natural inhabitants of the gastrointestinal tract of animals. Considering the potential presence of pathogenic microorganisms in manure, organic regulators established considerations to minimize the risk of transmission, especially to fresh fruits and vegetables. It should be noted, however, that conventional farmers may also use manure as fertilizer, but most of them are not required to follow any manure management practices.

Current organic regulations were issued almost 10 years ago and they allowed the use of livestock manure as soil amendment under the following conditions: manure should be preferably composted to reach temperatures of at least 131ºF, but untreated manure may also be used if applied to the soil between 90 to 120 days depending whether the produce is in contact with the soil (3). These recommendations were determined based on expert advice and the available scientific literature at that time. Since 1999, a large number of scientific studies have been conducted to assess the survival of foodborne pathogens in manure, soil, fresh produce and during composting (2). While the results of those investigations have been somewhat variable, many of them suggest that 120 days or less may not be sufficient to ensure the absence of pathogenic bacteria. Composting may also be a highly variable process and it could only accomplish a complete pathogens inactivation if it is carefully controlled. A revision of the above regulations it is encouraged.

The above considerations may suggest an increased risk of foodborne disease related to organic fresh produce, but the epidemiological evidence and product survey testing do not seem to indicate that organic produce pose a serious health risk. To date, almost no food poisoning outbreak has been confirmed to be due to fresh produce grown according to the Organic Rule practices. Multiple studies conducted in Europe and the U. S. that have tested organic produce at the production and market levels have found almost no sample positive for either Salmonella or enterohemorrhagic Escherichia coli (2). These facts indicate that at the moment the potential risk of organic fresh produce may not be substantiated.

In light of the complexity of the food production system, blank statements such as “organic foods are more healthful than non-organic” are oversimplifications that are often sustained by the lack of knowledge or evidence. Depending on the specific property of a given organic food, this may or may not be considered as health promoting. Consumers are encouraged to critically evaluate the information read in the popular press and attempt to obtain an opposing view, including preferably at least a scientific source. We live in an age in which the information on any issue is within our reach just “a click away”.